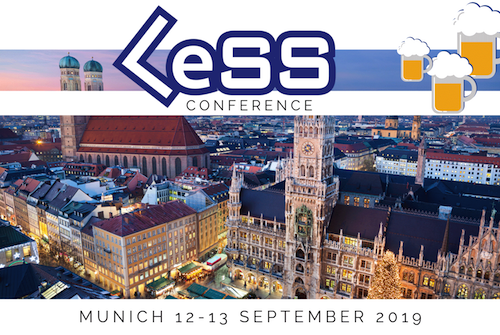 The program for the upcoming Munich LeSS Conference is mostly ready. I (Bas here) am super excited with the program this year. This year there seems to be more experience reports than in the past. I like these sessions most as there is so much to learn from experience reports. So I'm really looking forward to them (and am disappointed I cannot go to all of them). Which ones am I looking forward to most? Obviously, I'm looking forward to hearing the progress of the LeSS Adoption at BMW Autonomous Driving, Driver Assistance group. A keynote related to that is It is possible! Revolutionary cultural change @ a premium car manufacturer by the Vice President Methodology Agile Development in the Autonomous Driving group. There will also be another talk from BMW about the experiences of LeSS in Embedded Automotive Software Development by The Example of BMW Instrument Display/Cluster Instrument which shares experiences of LeSS in embedded software and using a lot of vendors.

LeSS has been used in banks quite a lot and the Munich conference has experience reports from four of them. The one I'm looking forward to seeing is the LeSS at ING Business Lending, which is a 21 team LeSS Huge adoption. They evolved the "spotify model" towards LeSS and looking forward to their learnings related to that. Ben Maynard will be sharing his experiences of LeSS Huge adoptions in Deutsche Bank, 3 Products, 30 teams, One Opportunity - LeSS adoption as a team sport in Deutsche Bank. Last year, people enjoyed the experience report from Gordon Weir related to LeSS adoptions in 3 financial institutions. This year, he is back and will focus on one of them, the one at UBS. And last, we have a very interesting experience report from a European bank in their APAC division. Four LeSS Huge experience reports in banking, quite amazing.

There are even more experience reports though. The agile journey from the SAP online store started in 2011 and had Scrum and Continuous Delivery as the pillars of their transformation. The Belgium Federal Pension Fund adopted LeSS in 2018 and had a couple of technical problems to solve so that they could move towards having no more major releases. Then there are two people from YSoft who will be sharing the good and also the ugly parts of their switch towards LeSS. So there should be more than enough experience reports also for people who don't want to listen to yet another banking case study. 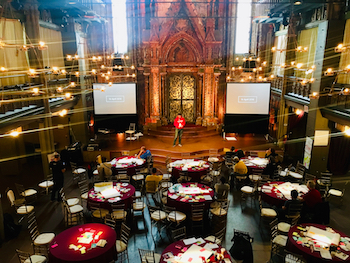 Experience reports are great but there should also be some sessions with practical experiments to try (or avoid). There are a few and I heard a few more in the pipeline. Lv Yi will be leading a systems modelling exercise related to exploring the dynamics of having multiple backlogs. Wolfgang Steffens will be sharing a coaching experience and an associated tool for discovering the real problems. Jacek Bochenek will share some patterns of organizational changes that he has experienced and the impact on the team members. Michael Mai will share the idea of refactoring space as a way to improve your codebase. And Markus Tecza will do some systems modelling related to the five relationships of the Product Owner. I'm looking forward to learning more about these.

If you are interested in joining, you can register here.

From waterfalls to Maslow pyramids. Is it really so?

In 2003, Craig published his “Agile and Iterative Development” where he shared his research into the origin and success of the waterfall development process. The popularisation of the waterfall process was strongly associated with the simple and powerful picture that was associated with it. People assumed waterfall process had always been recommended, but was it really so? A deeper exploration into this showed that the famous picture probably originated out of an article that actually recommended iterative development. But hey, why bother with the words when you have a picture.

The same year, Craig and Vic Basili, the pioneer in empirical software development, published a brief history of iterative and incremental development where they showed that iterative development has been used as long as our industry exists. It probably didn't have a compelling picture and therefore was less utilized.

For many this better and more accurate understanding of history was an inspiration and gave the motivation to experiment with different ways of working; trying out the ideas of agile development, which were relativly new at that time. 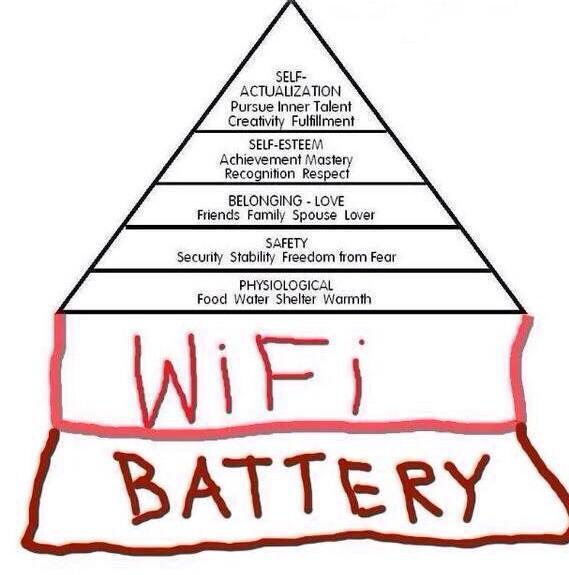 But the waterfall isn’t the only simplified picture that was copied carelessly and software development not the only field where this happens. About a month ago, a wonderful new article was published, Who Built Maslow’s Pyramid? A History of the Creation of Management Studies’ Most Famous Symbol and Its Implications for Management Education. The article (worth reading in its entirety) studies the history of the famous Maslow Hierarchy of Needs pyramidical representation and concludes that it wasn’t created by Maslow and that it is a misinterpretation of the original concept. Like the waterfall picture was copied to chapter one of every software engineering textbook so was the Maslow's pyramid copied to chapter one of virtually every management textbook.

The article shares three problems that have been caused by blindly copying of the Pyramid representation of Maslow hierarchy of needs:

Shallow copy or misrepresenting ideas is a huge barrier for true learning and improvements. It is one cause of very harmful ‘agile’ and ‘Scrum’ adoptions and it is a risk for the future of LeSS. We hope that through creating a culture of Go See and truly understanding problems, we can avoid or at least postpone the process of misrepresenting original ideas and causing harm.

MTS Kassa is the first LeSS case in Russia. It has the feeling of the journey of a learning organization, and of people learning how to change, and why. The case study is rather a long one and is very helpful for someone looking for particular details. One of the most interesting takeaways is the failure in LeSS Adoption. Please pay attention to the fake "Product Owner Team" that acted as middlemen going between the customers and Teams. A big part of the case study is dedicated to visual management, facilitation of the LeSS Events. Hope you'll enjoy the reading!

From May 31 to June 2 there will be the LeSS Coaching Camp. This camp is intended for practising LeSS Practitioners. That means: You have prior knowledge of LeSS and you have at least tried to implement a LeSS adoption at an organisation. This is your chance to interact with and learn from experienced LeSS Trainers and Coaches who will attend this event.

As always, we'd like to share a selection of recently published learning resources. Hope they are useful for you!