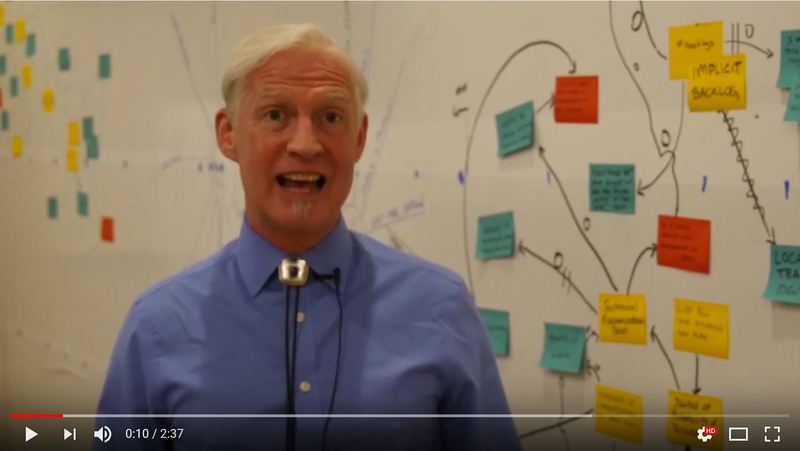 As the co-creator of LeSS, Craig Larman (with friend and colleague Bas Vodde), after a decade of working worldwide with large product groups in their adoption of LeSS (https://less.works/) (Large-Scale Scrum), organizations are starting to realize that the main goal of LeSS is not to enable traditional big groups to "meet their commitment" more efficiently. And they are realizing that LeSS is not “Scrum contained within each team, with something different on top.” It seems some scaling frameworks contain Scrum like a fire fighter contains a brushfire.

Then what is LeSS about? It is to see the ineffectiveness of traditional large-scale organizational design and to change it, by descaling with LeSS towards a simple model for multiple teams that optimizes for agility (flexibility), learning, and flow of value. It is figuring out how, with multiple teams, to apply the simple principles and elements of Scrum that encourage empirical process control, transparency, self-managing teams, and systems optimization.

But any structural change per definition challenges the status quo of middle-management and single-specialist positions, leading to the dynamics of Larman's Laws of Organizational Behavior.

In this meetup Craig will explore descaling with LeSS.

LeSS (http://less.works) (Large-Scale Scrum) is the simple high-impact framework for scaling lean and agile development designed to optimize the whole system. It’s based on over a decade of adoptions in many big groups worldwide (e.g., see case studies (http://less.works/case-studies/index.html)). In addition to learning about it at less.works (http://less.works/), it’s described in the three books on LeSS that come from that decade of experience:

Although LeSS is described as for scaling, a key purpose of LeSS -- the implication of its name -- is actually descaling through organizational simplification. Descaling the number of roles, organizational structures, dependencies, architectural complexity, management positions, sites, and number of people. LeSS is not about ‘enabling’ an existing big and clumsy organization to “do agile” by painting agile labels on top, it is about scaling up the simple Scrum framework itself to achieve organizational descaling.

In a way, LeSS is simple because there’s only a small set of elements, whose purpose is transparency and empirical process control. It’s ‘hard’ because transparency reveals weakness, and empiricism requires learning and change rather than following a recipe.

Unlike some other scaling frameworks, LeSS does not define a one-size-fits-all detailed recipe, and like Scrum, is based on recognizing that development is too complex and situational for a prescriptive detailed recipe that a group can just “buy and install.” Rather, it will require creating a learning organization, and lots of situational adaptation. No fancy titles, no trains, no layers of management: instead it's about simplification and de-scaling.

Craig has been named one of the top 20 Agile influencers of all time and is the co-author of several books on scaling lean & agile development with LeSS, including Agile & Iterative Development: A Manager's Guide.