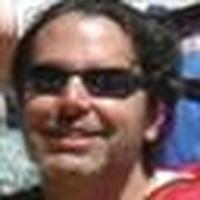 John Bito has a background in software architecture that goes back about 35 years starting with building a 4GL at a startup company. That company, Convergent Solutions, went public in 1987. After a few years, some of the folks from the startup began to spin out into a company called DataFocus, where John became Chief Architect for a product called NutCracker which continues to be developed as part of the MKS Unix/Windows Interoperability products. After a stint building a Java (version 1.1) server with a startup pursuing the short-lived Electronic Software Distribution dream, John took on system architecture for Qpass in 1998. At Qpass, John started by building a system for internet microtransactions. By 2000, the system was extended to supply web services that effected the first mobile transactions in North America.

John took on CTO roles and two additional Seattle startups before joining Zillow as a Senior Software Development Engineer. In 2018, he moved to the SF Bay Area to take on the Architect role at Trulia.