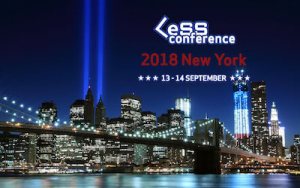 Finally! We've proceeded further with the New Yok LeSS Conference. Dates and venue locked in. Decided we'll keep it relatively small this time. Craig and I (Bas here) will be there doing a talk. Next, I'm super excited about two of the experience talks. One is from Craig and Konstantin Ribel. Konstantin is a Scrum Master at the BMW autonomous driving that is going through a LeSS Huge adoption. I'm super excited to hear more about them, especially after the video they released recently about their autonomous driving product.

The second talk that I'm looking forward to is the one I (Bas here) have been involved with for many years, which is the Nokia LTE Basestations talk. The person speaking is Tero Peltola who was the head of the product and steered the LeSS Huge adoption for eight years. It was a really large LeSS Huge adoption spanning many years and I'm looking forward to hearing what Tero will have to say about that, especially how he experienced that as the head of product.

Next to these two talks, we'll have more experience talks and more practical experiments talks. The ones that are currently known are Greg Hutchings talking about Innovation Games and Nils Bernert talking about large group Product Backlog Refinement.

I assume we'll do another team-based conference, and the organizing group is still thinking about experiments to try out this conference. I'm looking forward to it. The registration is open through the LeSS site and there is a discount for CLP and CLE. We will keep the conference relative small so there is a limited amount of tickets.

The RBS LeSS case study was in progress for a long time. Finally, it got published on the LeSS site. Below is a short introduction of the case study by Ben Maynard:

RBS is a bank that has faced very public challenges over the past decade. This led to a change of focus and ethos within the bank as a whole. A few years ago when faced with the implementation of a piece of vendor 'software'  part of RBS unknowingly embarked upon their first LeSS adoption. This was an attempt to avoid the mistakes of past similar technology deliveries and to become as customer-centric as possible.

Only with hindsight and through sharing the story do I see how much we were able to achieve. It was breaking the shackles of the organisation and defining a new organizational structure. It was having the team members directly engaging with the customers and users more than ever before. It was doing things on a vendor platform that were deemed as not feasible (and thus proving their feasibility). And it was growing effective collaborative dispersed and distributed teams in a context where this was not the norm.

The one thing that really sticks out for me though it how much of the transparency we created really sucked for some people. Their reactions shaped helped to shape our destiny. Is was a roller coaster of a ride and I am very happy that it is shared with you all now.

A big influence on LeSS is the work of late Richard Hackman. His seminal work, Leading Teams, is mandatory reading for anyone teaching LeSS. It is usually one of our first recommendations for anyone who wants to understand Scrum. His work is also the reason why in LeSS we refer to self-managing teams instead of self-organizing teams. In Richard Hackman's work, he frequently refers to the Orpheus Chamber Orchestra. This is an orchestra based on self-management, without director or hierarchy. Recently, we discovered a documentary about the Orpheus Chamber Orchestra that we'd like to share. It is not new, but worth watching, even if you can't understand the German parts of the documentary. It also has another interesting link to Scrum that we'll leave for you to discover.

You can find the documentary here.

In the past, we've always had an introduction to a LeSS Trainer in the newsletter. We skipped that a couple times but now want to continue this practice again. This time, we have Karim Harbott. 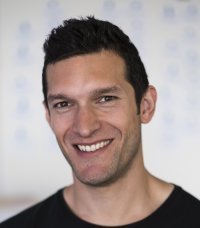 Karim is a seasoned Agile trainer, executive coach, blogger and international conference speaker. He has over 15 years of experience in software development, over a decade of which has been spent helping organizations with Agile transformations. He has worked on some of the most complex environments anywhere in the world, including many large, financial services organisations, government departments and global consultancies. He is based in London, UK and is a founding partner of Agile Centre LLP.

His work involves advising organizations on Agile at scale, business agility, leadership development coaching, culture change, and Agile Coach capability building. He has held several senior roles in the Agile space including ‘Head of Scaled Agile’ at global strategy consultancy McKinsey & Co where he led the development of their global Agile transformation strategy.

After discovering the work of Craig and Bas in around 2009, he began experimenting with very similar approaches to what would become LeSS. Over the years, he has coached many LeSS and LeSS-like adoptions including one at a major (and unfortunately unnamed) e-commerce organization.

Karim is one of only a handful of people globally to hold both the Scrum Alliance Certified Scrum Trainer® (CST) and Certified Enterprise Coach® (CEC) status. He is also an ICF Professional Certified Coach® (PCC), Certified Leadership Agility® 360 Coach and Certified LeSS Trainer®.